HOT ROD BAITS Bass Series TOURNAMENT REGULATIONS
A.  ENTRY FEES
B.  TOURNAMENT PAIRING
C.  BOATING AND SAFETY RULES
D.  FISHING RULES
E.  TOURNAMENT HOURS AND STARTING TIMES
F.   WEIGH IN
G.   HOT ROD BAITS TEAM OF THE YEAR:
~Points will be determined on your placing for ALL 3 events
~Points will be awarded as follows:1st place- 20 points, 2nd place- 19 points, 3rd place- 18 points... down to 20th place which will receive 1 point.  (any team not weighing a fish will receive 3 less points than the last finisher)
~Each Bass weighed in is worth one point, a total of 25 points per event are possible
~The team with the highest point total will get the extra bonus money and plaques, 2nd will receive extra bonus money also. ($500/$250)
~Teams may ONLY HAVE ONE SUBSTITUTE per team on the waiver form in the 3 events. (exceptions see next rule)  Example: If Joe and Jimmy sign up on the waiver form to fish the series, then Joe can have one sub. Jimmy needs to fish all of them.
~If teams do not/can not abide by the "one substitute rule", they may fish events, however all monies and points earned will be reduced by 25%.  Example: Joe can't fish in June and can't fish in August, Johnny can get a sub in August but will be penalized.  (that money will be placed into the Team of the Year Pot and paid out to possibly 3 or 4 teams)
~In case of a tie in Team of the Year points, total numbers of keepers for the year will break the tie, then total pounds weighed at the 3 events
***Any rule that is not covered on this rules sheet will be at the discretion of the tournament committee.  The tournament committee members may or may not fish in the events.  Any boat breaking any of the above rules or are ticketed by the Iowa/Minnesota/Wisconsin/Missouri DNR or authorities may be disqualified from the event and all future events held by this organization.  Hot Rod Baits, Hot Rod Baits Bass Series and any person, including the owner is not liable for accidents/injury caused by these events.*** 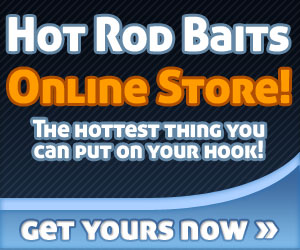 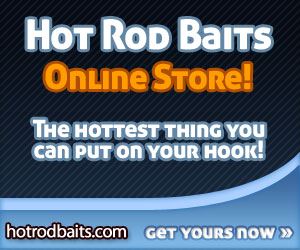 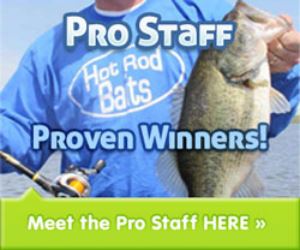